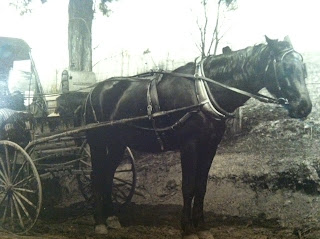 See if you can guess the answers to these problems.
(Leave your guesses in the comment section below.)

2. A farmer had seventeen sheep. All but nine died. How many did he have left?

4. A man lives in a one-story building. He is out in his yard one day, and sees a bear rollerskating.
He runs inside his house to get his own roller skates. He finds the roller skates,
but has to go upstairs to get the key.  What is wrong with this story?

5. How many feet are there on a lamb if you call a tail a foot?


Correct answers will appear on Monday, July 30
All of your guesses will be posted on Monday also.

Email ThisBlogThis!Share to TwitterShare to FacebookShare to Pinterest
Labels: Tests 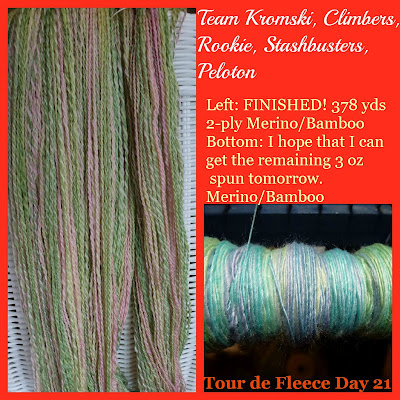 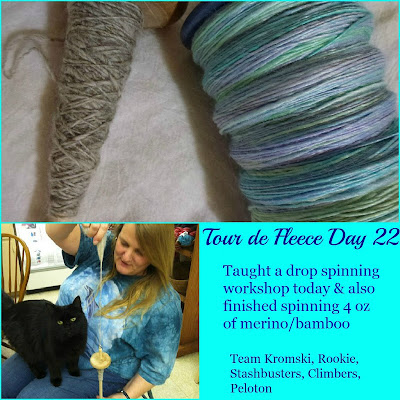 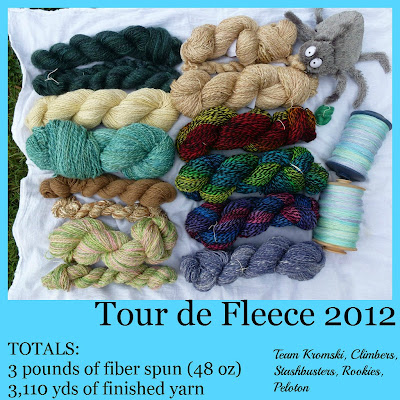 
(That is Fred the Spider guarding the yarn!)
No comments:

Only THREE DAYS left in the Tour de Fleece!
I have had SO much fun!

When I used to work at a living history museum one of my favorite things to prepare during hot weather was a fast pickle.  I would slice up cucumbers fresh from the garden and put them in a bowl of vinegar, sugar and a pinch of salt. I kept a bowl of these going all during cucumber season. All of my co-workers would come by and munch on those cucumbers because they were very refreshing when working outdoors in 90 degree, humid weather. I know that I made them really too sour for some of them, but they ate them anyway. Many a time we would get strangled on that strong vinegar! 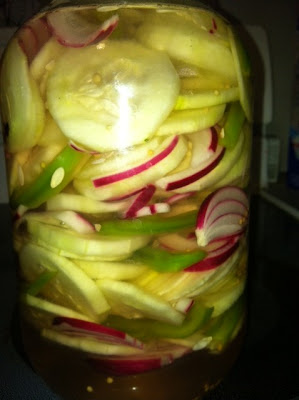 While I was playing on Pinterest yesterday, I ran across a recipe for Cathy's Fresh Cucumber Salad that sounded SO tasty that I had to run out this morning and buy the ingredients!  The original recipe sounds fabulous, but anyone that knows me KNOWS how I love sour or hot food.  Naturally, I had to start changing things up!

The first problem that I encountered was that the pickling cucumbers looked terrible.  They were shriveled up and just nasty looking. So, I got regular cucumbers and decided that I should peel the tough skins.

I prefer red onions and I thought that they would look pretty in the jar, so I used them instead of white onions.  I really wanted to get red bell peppers, but when I saw that the price of them was DOUBLE the price of green peppers, I decided that money in my pocket feels better than red peppers look!

The one thing that I did not count on was the fact that pickling season is in full swing.  I bought the last gallon of white vinegar and there was NO celery seed to be found in store. I decided that the mustard seed would be enough seasoning.

The recipe only called for 1 cup of vinegar which I boiled up with the sugar. It was not enough to cover the cucumbers, so I boiled more. Oh yeah, I also cut the amount of sugar in half because I like it SOUR!  I thought about adding a jalapeno to the jar just for that extra added zip, but decided I would save that for the next jar.

About an hour after I made them, I gave one a taste.  YUM! I put the jar in the fridge and came into work.  I can't wait to get home and try them after they have set awhile.
No comments:

Email ThisBlogThis!Share to TwitterShare to FacebookShare to Pinterest
Labels: Recipes/Food

I apologize to my readers who are not fiber folks for all of the fiber posts recently!  The Tour de Fleece ends on July 22. 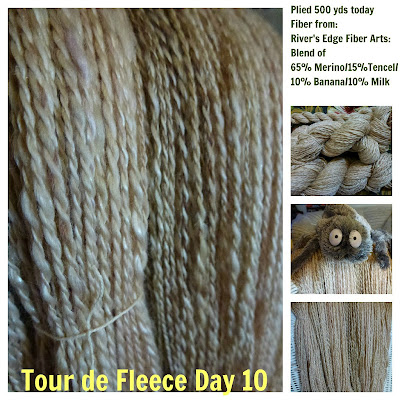 Ask me if I like pickles. Go ahead. These are just SOME of the jars of pickles that I have at home. Here is an interesting fact. My husband HATES pickles. So these are ALL mine!  BAA-HA-HA-HA! 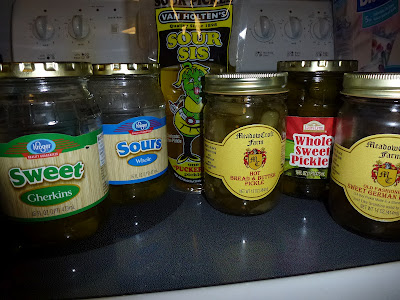 My love affair with pickles dates back to when I was just a little girl.  My family raised almost all of the food that we ate, which means that our basement was always full of jars just brimming with tasty homegrown foods. My mom would usually make sweet pickles and pickled beets. I loved them both. Grandma, who lived across the road, made sweet pickles, bread & butter pickles and salt pickles.  I never really cared for the salt pickles because somehow in my mind, I thought that they were "adult food." Go figure!

We always went to town (Hillsville) once a week on Saturdays. Occasionally, Grandpa Burnette rode to town with us. My mom would get her hair done, I would take my piano lesson, and when Grandpa went with us, he would hang out at the courthouse and socialize with the other men who came to town on Saturdays. While in town, we would pick up staples like flour, sugar, meal, and a few other things that we did not produce ourselves.

On this one particular Saturday, Grandpa bought a jar of Mt. Olive Sour Pickles.  I had never heard of Sour Pickles before.  Later that day, after we were home, I went to Grandpa's house to play.  I remember that Grandma was in the kitchen cooking and I was in there "helping" her.  That jar of Sour Pickles was just setting there on the table. Grandpa came into the kitchen, opened the jar and chomped down on one of those sour pickles and just smacked his mouth exclaiming that they were mighty good pickles. Then he just threw back his head and started laughing . . . and offered me one.  Grandma immediately started scolding Grandpa saying that one of those pickles would make me have a stomachache. Well, you just have to understand. Anything Grandpa did, I had to do. He called me his "little tag-a-long."  I followed him everywhere and mimicked him all of the time. I HAD to eat one of those pickles.  I was a little scared. I took a tentative bite and made a horrible face. MAN, were those things SOUR!!  But, after a second nibble, I discovered that I LOVED sour pickles!  After that introduction, many was the time that Grandpa and I would sit on the front porch munching from a bowl filled with pickles!

After that, my Grandma would make me sour pickles when she picked cucumbers from the garden. It got to the point where she was almost using straight vinegar and very little sugar in those pickles in an attempt to make them sour enough for me and Grandpa. She said that they were so sour that they would make a pig squeal! I could eat a whole quart jar of those pickles and still be looking for more.

In the early 2000's I fell in love with Vlasic Sour Pickles. I ate them all the time. Unfortunately, Vlasic stopped making those pickles around 2005 and I was heartbroken.  They were THE BEST store-bought sour pickles ever.

I love all kinds of pickles with the exception of those that have a garlic taste to them. Yuck! I am always on a quest to find another really good sour pickle, so if you know of a brand, please, let me know so that I can give them a try!

With meals or as a snack, anytime is a good time for pickles! 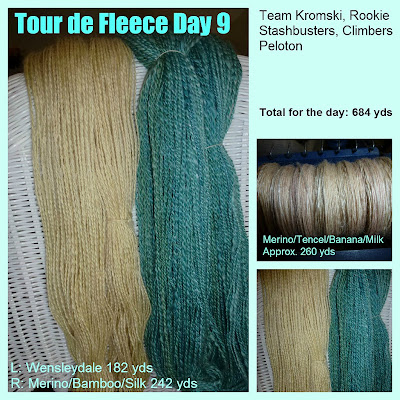 Total spun for the Tour so far is approximately 1900 yds!!! 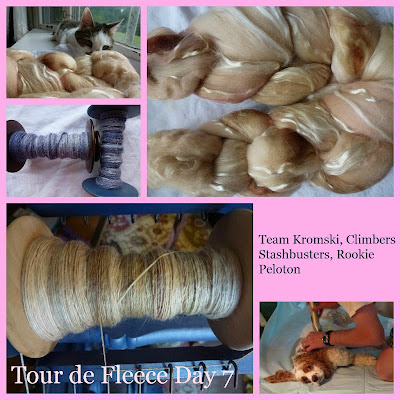 For Day 7, I finished spinning the gorgeous purple Merino/Angora/nylon blend into singles. Now they are resting and I will ply them tomorrow.
Also started spinning this beautiful roving from River’s Edge Fiber Arts “Shake Your Tail Feather!” Colorway: Buckskin. It is a blend of 65% Superwash Merino/15% Tencel/10% Banana/10% Milk
As you can see, my dog Ozzy, is calmly letting my husband shave him. Oh yeah, I do save all of his hair for spinning! 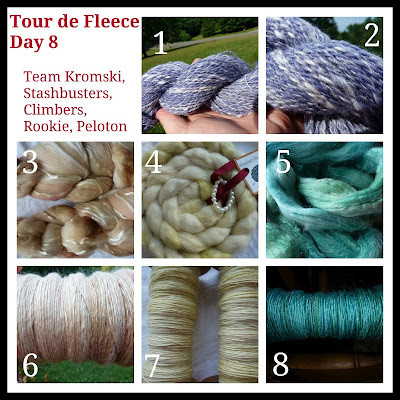 I promise to make a post in the next couple of day that does NOT involve fiber! Participating in the Tour de Fleece and making posts on Ravelry about my accomplishments for the day is taking more time than I had imagined! 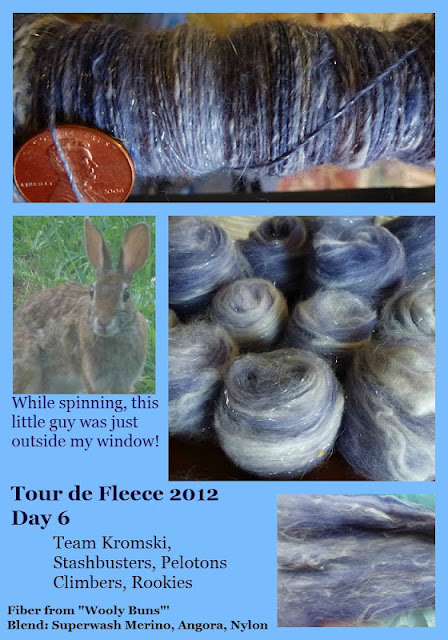 The gorgeous fiber is from Woolybuns. Check out her store.


While spinning, I looked out and this cute little bunny was just outside my window.  I wonder if he somehow knew that I was spinning Angora bunny fiber? 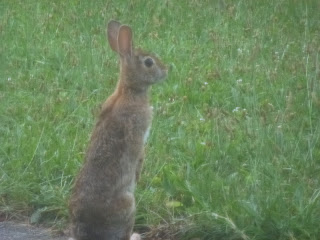 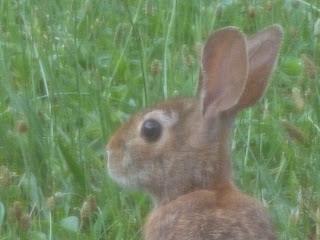 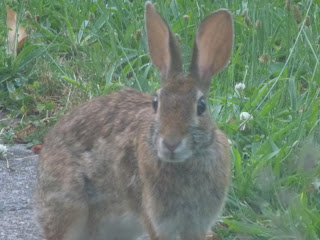 Now, I need to figure out WHAT I am going to make with this yarn!!!  Any suggestions??

HAPPY ANNIVERSARY to The Wheel & Distaff! 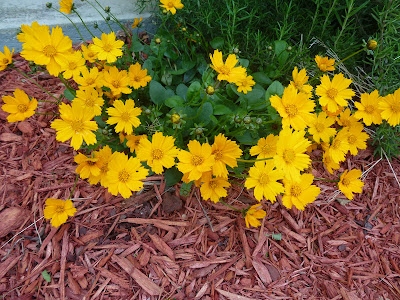 One year ago today, I made my first blog post.  I agonized for several weeks on what I should name my blog. I narrowed the list of names down to three and finally settled on "The Wheel and Distaff" because of my love of working with fiber. Then, I agonized over what my first post should be, finally just deciding that I needed to "just do it" so I made some Cherry Bounce and blogged about it.

Some times my posts are about growing up in Meadows of Dan, Virginia.  I feel like I had a wonderful childhood, surrounded by a loving family, growing most of our food and living in a great community where everyone knew everyone else.  When I got older and into my teens, it was hard to get away with anything because you KNEW that someone would see you and tell your parents!  I always wanted to move away where no one knew my business. Well, now, I live in city and no one really knows me. I have lived in the same house for 12 years and I only know one of my neighbors. Ironically enough, now I would love to live back in Meadows of Dan where I know people and they know me.

Other times, my posts are about Appalachian sayings and speech.  That can be hard because to me, it is just normal speech and I don't realize that others do not talk the same way.  At my job, almost everyone that I work with is not "from around here."  My full time co-workers hail from Florida, New York, and California.  This has been invaluable in learning that everyone does NOT talk the way I do.  Especially when I blurt out some saying and they look at me very strangely!

Another favorite thing that I post on this blog is "Mystery Items" and "Where am I?".  Both of these types of posts usually attract quite a bit of attention.

Some of my favorite posts have been stories about my family, ancestors and tasty family or period recipes from the 19th century.

There are several reasons that I enjoy blogging. For almost 20 years, I worked at living history sites and I shared historical knowledge on a daily basis with visitors. I also did quite a bit of primary historical research. I really do miss that, so through my blog, I can continue sharing information. Since I do not have children, I want to share stories with others so that the knowledge does not die with me.  I also love to take photos and share them.

If there is anything that you would like for me to blog about in the future, just let me know and I will give it a shot!
2 comments: 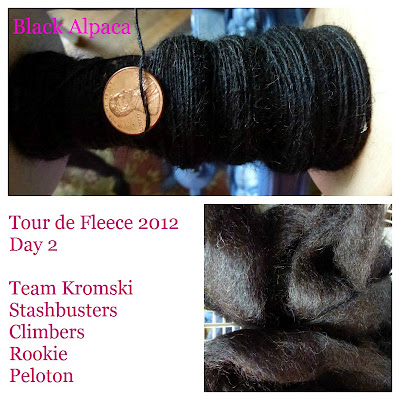 When I get this bobbin full, I plan on plying it with the rainbow yarn that I spun yesterday. 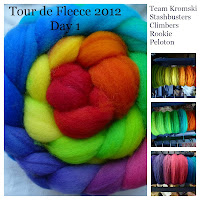 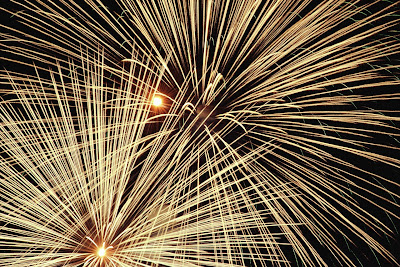