I can still remember my grandma talking about the Spanish flu and how terrible it was. She was fifteen years old then, but she was plenty old enough to understand what was happening. When she would mention the flu, she would generally just mention something about so-and-so died or their children or parents died because of the flu. She never talked about fear. I have to wonder if that was because Floyd County, Virginia was not that densely populated at the time and they lived on a farm. Unlike today, it wasn't like they were living on top of each other or had to rely on stores for just about everything that they needed.

Over the years, I have given thought to what would happen if there was an epidemic of some sort and how I would handle it now that I am a city-dweller. Overall, I feel pretty prepared for COVID-19 or the Coronavirus. If I could, I would stay at home and not go anywhere until this thing has played out. Unfortunately, that is not possible because my employer is still requiring us to come into work each day. Even though we are officially closed to the public, we are still going to have a drive-thru window open. In addition, I know that I have been as careful as I possibly can be, but what about my co-workers? Have they taken every precaution possible? Will I be exposed to this virus because of someone not being careful? As someone with underlying health conditions (a comprised immune system thanks to having Lyme Disease and also being an asthma sufferer) that makes this pretty dangerous for me.  I will admit that I am pretty well terrified.

Be careful out there and take every precaution possible.
No comments: 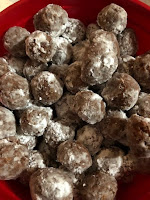 Have you ever relaxed and just looked at a tree? Admired the leaves, limbs, and bark? Looked at all of the birds who land on the branches and sing their songs? Watched as the breeze ripples across the leaves? Thought about all of the insects that live in the tree? Realized that the tree is giving off life-giving oxygen that you can breathe? Thought about the process that the tree uses to convert sunlight into food that helps it grow? No? Maybe you should slow down and give it a try. I guarantee that you can’t help but smile and feel at peace. 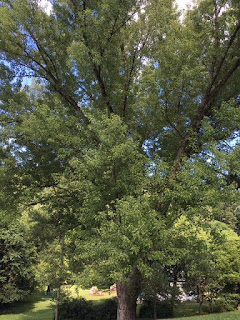 Email ThisBlogThis!Share to TwitterShare to FacebookShare to Pinterest
Labels: Plants

One day, I hope to be able to find the time to continue writing blog posts about the southwest Virginia region and about my childhood. Please feel free to leave comments. I still keep up with any comments made on my blog. I do have to approve your them before they will appear, but I am pretty good about responding within a day’s time. 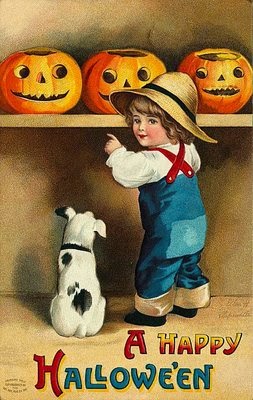 When I was growing up, Halloween was something that I always looked forward to with much anticipation.  I can still remember my first Halloween mask.  My mom took me to the Ben Franklin store in Hillsville, Virginia.  I got to pick out my own mask!  It was a monster with this horrible itchy black hair sticking out.  Do you remember those old masks back in the 70s that were very difficult to breathe in?   The whole inside would collect the moisture from your breathe and start sweating, so pretty soon, your whole face would be wet. Ick. And remember those stretchy little cords that went around your head?  That thing would always get caught in my long hair and make a tangled mess, pulling out gobs of hair.  But, it was so much fun!

I remember in 1973, mom and dad were having a bunch of remodeling work done on our house.  While part of it was going on, we were living in my uncle's little log cabin just up the road. There was no indoor plumbing!  When Halloween rolled around that year, it was a gloomy and cloudy, and it was blowing snow.  I can remember daddy telling me that he did not know if I would be able to go trick-or-treating because of the snow.  I remember the panic!  OH NO!!!  As it turned out, we did end up going.

Trick-or-Treating was always quite the ordeal.  Where I grew up, there wasn't really a street to go begging on, so mom and dad loaded me up in the car and drove from house-to-house. They would pull into the driveway and I would hop out of the car and run up to the door and scream TRICK-OR-TREAT!!  I can remember them telling me to never take off my mask and let anyone see who I really was because that was half of the the fun.  We also never started trick-or-treating until it was completely dark. That was part of the fun!

As I got older and started school, my friends and I would go together and each year.  Out parents would take turns driving us around. We always took great pleasure in going to our teacher's homes because we really did think that they would not recognize us.  Right.  I can remember one year going to my first grade teacher's home. Mrs. Ada Shelor greeted us at the door and invited us in.  Well, even though I had been told to not go inside, this was my first grade teacher!  She had an elaborate table set up with punch and CUPCAKES!  I always thought that cupcakes were just magical, so I was pretty excited.  She offered us a cupcake on a plate and a cup of punch. That is when it hit me!  HOW was I going to drink and eat with my mask on??  Impossible!  I tried to take the cupcake and punch and head for the door, but she was very insistent that we enjoy it there! Now what?!  Dad had told me to never take my mask off and here was my teacher telling me to do it.  What do you think I did?  I yanked that mask off so that I could eat that cupcake!

Another teacher's home that we all looked forward to visiting was Mrs. Pauline Cock's home. Her and her husband would do some elaborate decorations. (This was long before Halloween became such a commercial venture with everyone decorating.  Most homes back then just turned on the porch light, put a jack o'lantern on the steps, and maybe had a cardboard cutout skeleton or witch on the door.)  I can remember one year, as we were starting to walk back to the car after receiving our treats, a ghost came flying out of the woods straight at us!!!  AIIIIIIEEEEEEEEEEEEEEE!  Talk about some little girls running back to the car! Hee!  Mr. & Mrs. Cock had rigged up a ghost (a sheet) on a wire and had a pulley system that would make it look like the ghost was chasing you!

Another house that I remember quite well, although I can't remember who lived there, was just past Mrs. Cock's home.  It was a big, white two story farmhouse. One year, there was a bubbling cauldron set up just outside the door and the lady that answered our call of "TRICK-OR-TREAT" was dressed as a scary, green-skinned witch!!!  She really did scare me!

Of course, as we got a bit older, we would all go to one of our houses and set up elaborate decorations and try to scare the trick-or-treaters. One year, we set up in our carport. We had a bubbling caldron and all kinds of spooky decorations. One of us would hand out the treats and the others would be sitting very still on the ground, covered by a sheet. When the children would get the treats, we would jump up and chase the kids back to the car!

One year, we all went to my friend Debbie's house and we did a similar setup, but after the trick-or-treaters, we started walking to neighbor's homes where we soaped their windows and toilet papered their bushes and trees. We were bad! As we were walking along the road back to my friend's house, some of the older boys in the neighborhood drove by and threw eggs at us. Of course, I was the unlucky one and got pegged right in the ear with an egg. Not only did it hurt, but have you ever tried to wash raw egg OUT of your ear?  No fun. The next morning, we did go back to the neighbor's homes and clean up the mess we had made.

The trunk or treats that seem so popular now just lack the fun, excitement, and spookiness of real trick-or-treating.  It is a shame that our world has become so unsafe that children cannot experience the fun and joy of All Hallow's Eve. 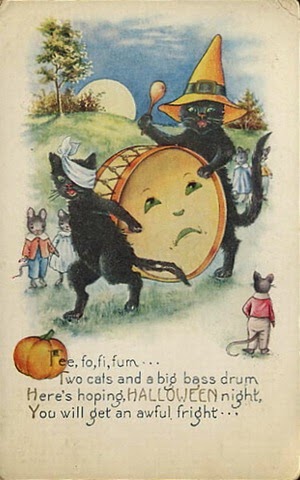